EXHIBITORS
A Trade Fair for meeting entreprises, R&D experts, PhDs and postdocs is foreseen on Thursday 2 and Friday 3 June 2022, in the Patio 44-45, of the Université Sorbonne Jussieu. It will be co-located with poster session and coffee breaks to allow easy and frequent contacts with the attendees. 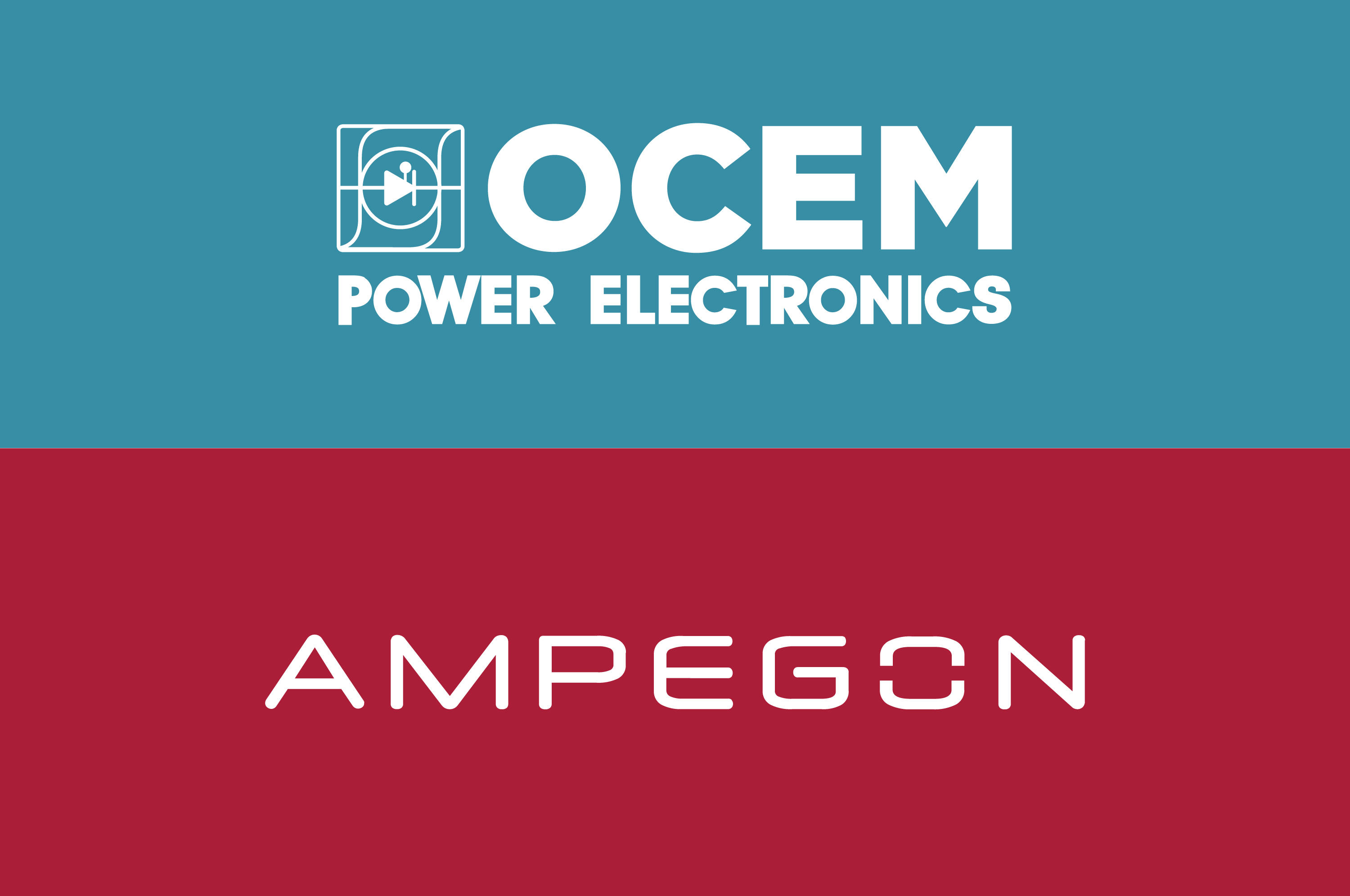 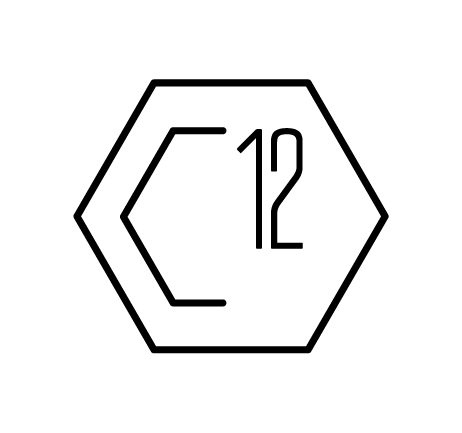 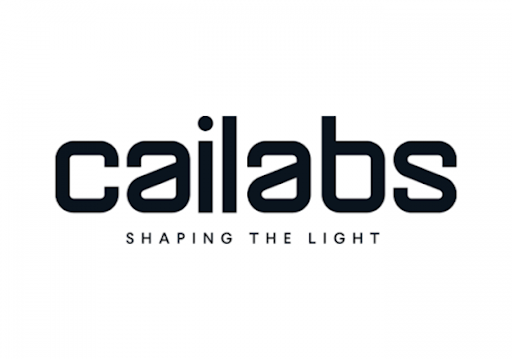 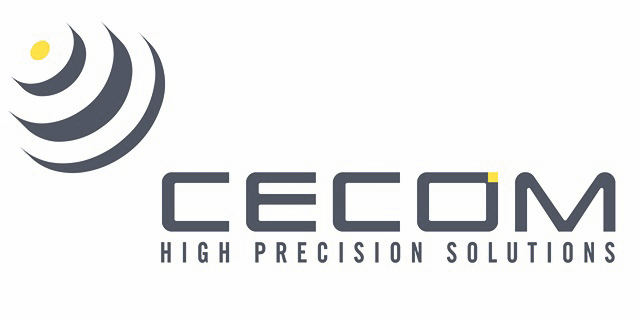 Contact Details:
Contact Person: Karim Hammam Business Development Manager
Ocem Power Electronics: ocem.eu
Email: karim.hammam@ocem.eu
Ampegon Power Electronics: ampegon.com
Email: karim.hammam@ampegon.com
Tel: + 33 6 33 44 29 11
Learn more
Learn more
About the ERC
The ERC, set up by the European Union in 2007, is the premier European funding organisation for excellent frontier research. It funds creative researchers of any nationality and age, to run projects based across Europe. The ERC offers four core grant schemes: Starting Grants, Consolidator Grants, Advanced Grants and Synergy Grants. With its additional Proof of Concept Grant scheme, the ERC helps grantees to bridge the gap between their pioneering research and early phases of its commercialisation. The ERC is led by an independent governing body, the Scientific Council. Since 1 November 2021, Maria Leptin is the President of the ERC. The overall ERC budget from 2021 to 2027 is more than €16 billion, as part of the Horizon Europe programme.
Learn more
Learn more

Cailabs was established in 2013 in Rennes and is a French deep-tech company which designs, manufactures and sells photonic solutions.

By combining our state-of-the-art beam shaping technology (Multi-Plan Light Conversion or MPLC) with optimal engineering, we create innovative products that help solve some of today’s major industrial and technological challenges for multiple applications, including: 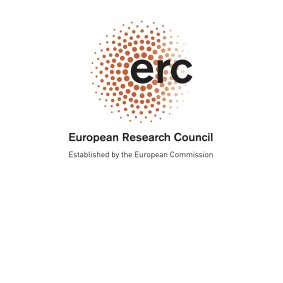 Founded in 1966, Coherent, Inc. is one of the world’s leading providers of lasers and laser-
based technology for scientific, commercial and industrial customers. With headquarters in
the heart of Silicon Valley, California, and offices spanning the globe, Coherent offers a
unique and distinct product portfolio and services.

Coherent Shared Services B.V.
Dieselstr. 5B
64807 Dieburg, Germany
Phone: +49 6071 968 0
Email: info@coherent.com
www.coherent.com
Learn more
Learn more
C12 Quantum builds reliable quantum computers. We are a spin-off from ENS launched in January 2020 by twin brothers Matthieu and Pierre Desjardins to supercharge the development of the lab’s promising new quantum technology. Unlike other quantum computers, we use carbon nanotubes as the fundamental building block of our processor. By combining the power of an ultra-pure material with an easy-to-manufacture semiconductor device, we are building a scalable platform for quantum computing. We are leading quantum’s next material breakthrough, and we are just getting started.

Learn more
Learn more
Covesion is a world-leading designer, innovator and manufacturer of bespoke MgO:PPLN
crystals and waveguides for highly efficient non-linear frequency conversion. With over 20
years’ experience and technical knowledge, our team of engineers are perfectly placed to
provide you with the support you need for designing a system to generate visible and IR
light. Our product range spans off-the-shelf crystals, custom crystals, waveguides, fiber
packaged waveguides and full custom solutions. 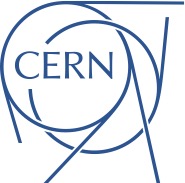 Learn more
Learn more
DTT – Divertor Tokamak Test facility
Fusion energy has a number of advantages: virtually unlimited, does not produce greenhouse gases and is intrinsically safe. The European fusion Roadmap aims at the construction of a demonstration plant (DEMO, the first nuclear fusion power plant able to provide power to electricity grid) around 2050.
One of the main challenges on the path of the realization of fusion is the fabrication of components that can withstand the large thermal load that is generated by the fusion reactions and exhausted in the divertor. To give a scale of the challenge, the heat load on the DEMO divertor may be comparable to the power radiated at the surface of the Sun!
For this reason, the European Fusion Roadmap advocated for a specific facility, the Divertor Tokamak Test facility (DTT), aimed at testing advanced technological solutions for the DEMO divertor. The DTT project has been prepared by more than one hundred scientists from several Italian and European research institutions. After a preparatory phase, the project was launched in 2019 and it is being realized at the ENEA Frascati center by DTT Scarl, a limited liability consortium in charge of the design, construction, and management of the DTT experimental facility. The Consortium was established in 2019 by ENEA and the CREATE Consortium. In 2020 ENI joined the consortium followed in 2021 by the RFX Consortium, the Italian National Institute of Nuclear Physics (INFN), the Polytechnic University of Turin,  the University of Tuscia (Viterbo),  the University of Milano Bicocca and the University of Rome “Tor Vergata”. The National Research Council (CNR) is expected to join soon. The construction is progressing with about one third of the construction budget already committed for industrial contracts.
The DTT construction entails strategic investments in several key areas of research and innovation, with significant implications on the energy problem, offering a stimulus on higher education and training in many fields of science and engineering. The occupational impact is expected to be significant, both during construction and operation, in terms of professionals and support staff directly involved, as well as large indirect occupational benefits and spin-off opportunities.

Learn more
Learn more
Springer is part of Springer Nature, a global publisher that serves and supports the research community. Springer’s portfolio in physics comprises over 10,000 textbooks and research monographs, and a prestigious list of primary research journals including the European Physical Journal (EPJ). Published in partnership with EDP Sciences and the Società Italiana di Fisica, EPJ is a series of peer-reviewed journals covering the whole spectrum of physics and related interdisciplinary subjects.

Learn more
Learn more
Exhibit CERN Timepix EDU
In the European Organization for Elementary Particle Physics CERN, since 1954 teams from many countries work together on experiments in basic physics. A complex of accelerators and huge experiments is now operated at the CERN sites around Geneva, in Switzerland and France. The Large Hadron Collider LHC has discovered the 'Higgs' boson, the last object in the 'Standard Model'  describing what we know about elementary particles. But NOT everything, so in future we need a higher energy, and/or better detection methods.
At the EPS Forum we demonstrate one of the most recent detection technologies: the semiconductor pixel detector called 'Timepix', which aims at very precise measurements of the particles in the LHC. Now a project is proposed here,  to use the mini version 'Minipix' of these instruments also in schools all around Europe. These can show the environment of radiation which is naturally around us, from cosmic origin, or from materials around us. With the Minipix-EDU it is easy to see which particles are there, to see their behaviour and how to stop them. Hands-on working detectors will be exhibited.

Learn more
Learn more
Menlo Systems GmbH is a leading developer and global supplier of instrumentation for high-precision metrology. The company with headquarters in Martinsried near Munich is known for its Nobel Prize winning optical frequency comb technology. With subsidiaries in the US, Japan, and China and a global distributor network, Menlo Systems is closely connected to its customers from science and industry. The main product lines are optical frequency combs, time and frequency distribution, terahertz systems, ultrafast and ultra-stable lasers, and corresponding control electronics. Besides standard products, Menlo Systems develops and manufactures custom made solutions for laser-based precision measurements. Complete systems for quantum technology applications combine Menlo Systems' core competencies and provide the enabling technology for the Quantum Revolution 2.0.

Learn more
Learn more
Learn more
Learn more
ITER—designed to demonstrate the scientific and technological feasibility of fusion power—will be the world's largest experimental fusion facility. Fusion is the process that powers the Sun and the stars: when light atomic nuclei fuse together to form heavier ones, a large amount of energy is released. Fusion research is aimed at developing a safe, abundant and environmentally responsible energy source.

ITER is also a first-of-a-kind global collaboration. Europe is contributing almost half of the costs of its construction, while the other six Members to this joint international venture (China, India, Japan, the Republic of Korea, the Russian Federation and the USA), are contributing equally to the rest. The ITER Project is under construction in Saint-Paul-lez-Durance, in the south of France. 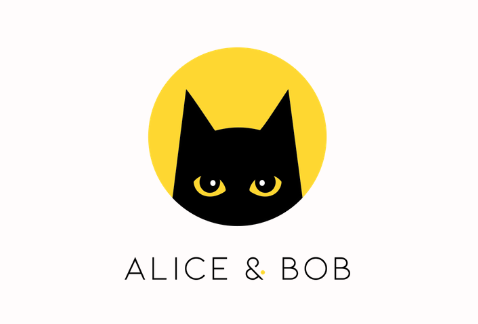 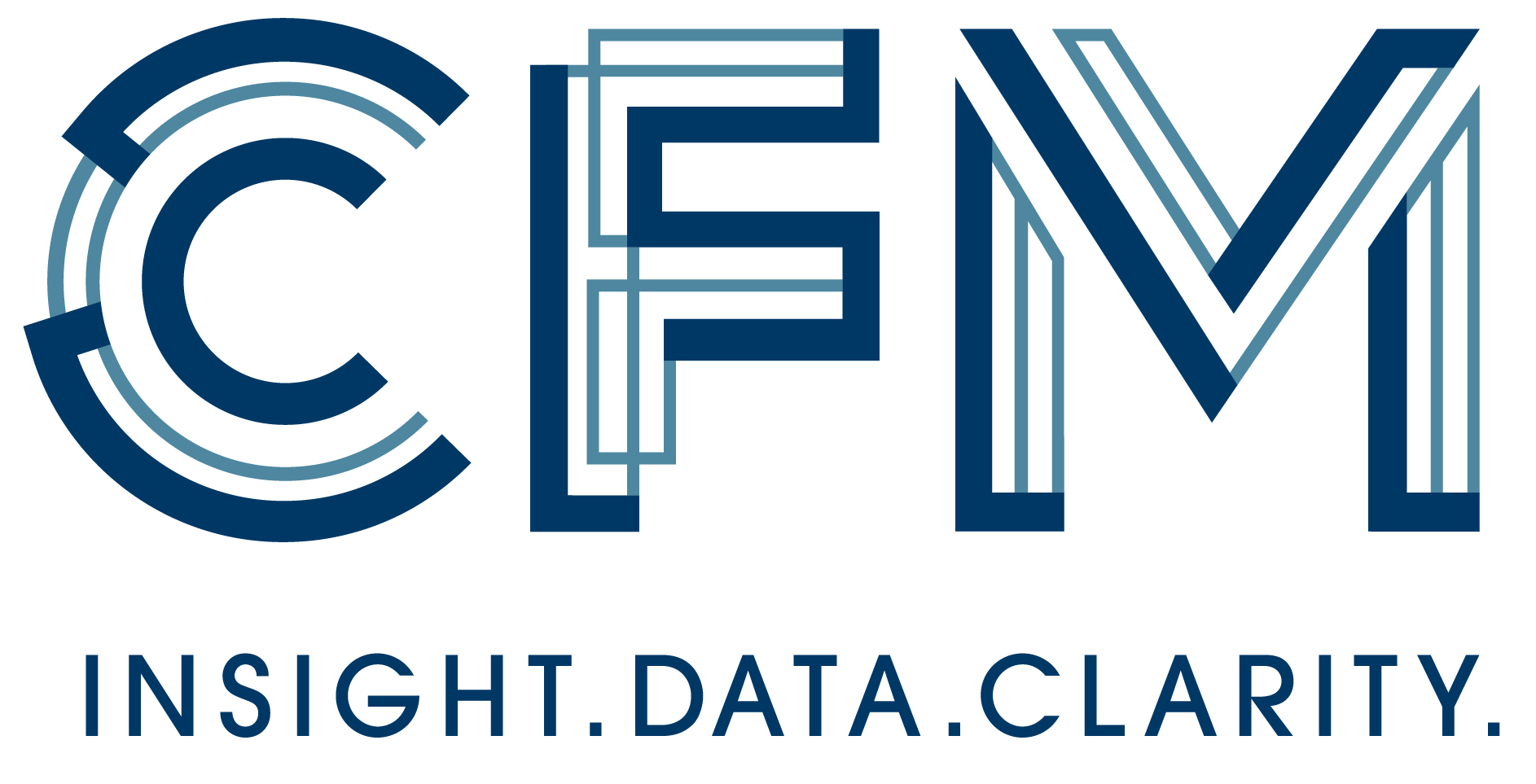 CAEN SpA is acknowledged as the only company in the world providing a complete range of High/Low Voltage Power Supply systems and Front-End/Data Acquisition modules which meet IEEE Standards for Nuclear and Particle Physics.Extensive Research and Development capabilities allowed CAEN SpA to play an important long term role in this field. CAEN activities have always been at the forefront of technology, thanks to years of intensive collaborations with the most important Research Centres of the world.CAEN products appeal to a wide range of customers including engineers, scientists and technical professionals who all trust them to achieve their goals faster and more effectively.Strong of the experience in the physics research world CAEN instruments are today used in many advanced industrial applications.

Contact: contact@alice-bob.com
www.alice-bob.com
Learn more
Learn more
Founded in 1991, Capital Fund Management (CFM) is a global quantitative and systematic asset manager applying a scientific approach to finance, combined with the latest technology to protect and grow our clients’ assets. Simply put, CFM analyses huge quantities of data, identifies patterns, develops trading algorithms and implements them efficiently on the global markets with the latest technology platforms.
As these techniques increasingly become the norm in asset management, CFM is looking for great minds to help the firm remain at the forefront of this sector.
We’re more like a technology start up than a traditional finance firm and we have a strong team spirit, collaboration is one of our key values: Excel Together!
General company contact information

Learn more
Learn more
Founded in 2013, Cailabs is a French deep-tech company which designs, manufactures and sells photonic solutions.
By combining our beam shaping technology (Multi-Plan Light Conversion or MPLC) with optimal engineering, we create innovative products for multiple applications:
·    laser machining processes with CANUNDA to improve the quality and efficiency of laser processes
·    aerospace with TILBA. to improve the reliability of satellite, naval, aeronautical and ground links.
·    telecommunications with AROONA to increase the capacity of network infrastructures and PROTEUS.
·    defense with customized systems based on MPLC.
We are looking for R&D optical engineers to join us! www.cailabs.com - rh@cailabs.com 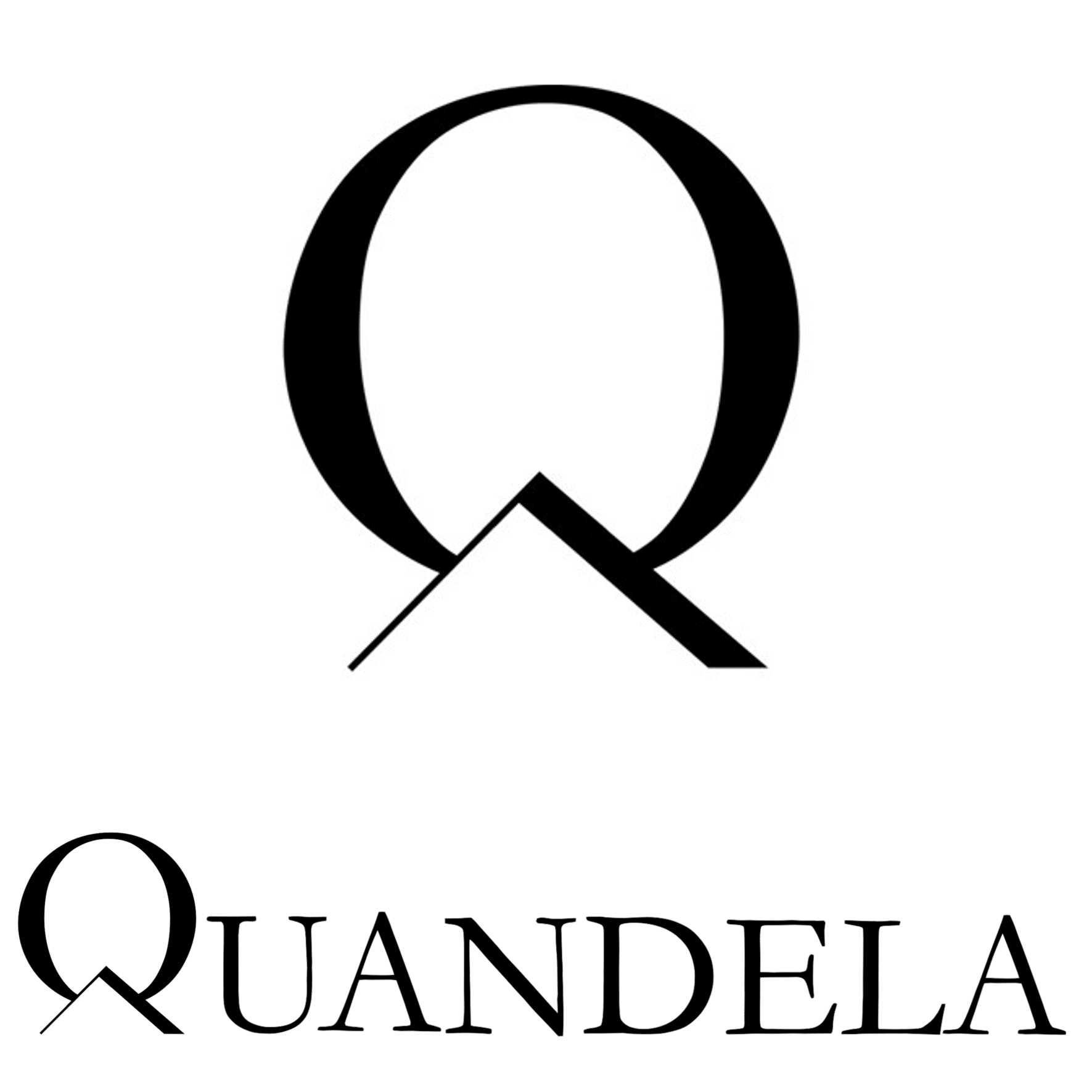 Learn more
Learn more
Founded in 2017 following the development of very efficient single photon source by C2N's research director Pascale Senellart-Marton, Quandela is dedicated to providing a photonic quantum computer. Our technological approach is one of the preferred paths to build the fault-tolerant quantum computer. It is not very constraining – based on a modular and upgradable approach, it is then highly scalable. Thanks to this unique expertise, Quandela supports its customers in the discovery of use cases that will eventually benefit from the substantial acceleration promised by this new computing paradigm. Come meet us on our booth !
(95 words)

Learn more
Learn more
Learn more
Learn more
RADIATE is an EU-funded Horizon 2020 project (grant no. 824096) and aims to unite and to increase the visibility and awareness of the European ion beam community. The project is committed to training the next generation of ion beam users and offers twinning programs for inexperienced users as well as guest researcher stays for experienced users. RADIATE also provides easy, flexible, and efficient access for researchers from academia and industry to ion beam facilities. Applications for beamtime and training opportunities can be submitted continuously. The project is coordinated by HZDR (www.hzdr.de) and runs until June 2023.
Website: https://www.ionbeamcenters.eu
E-Mail: radiate@ionbeams.eu
Twitter: @ionbeamcenters